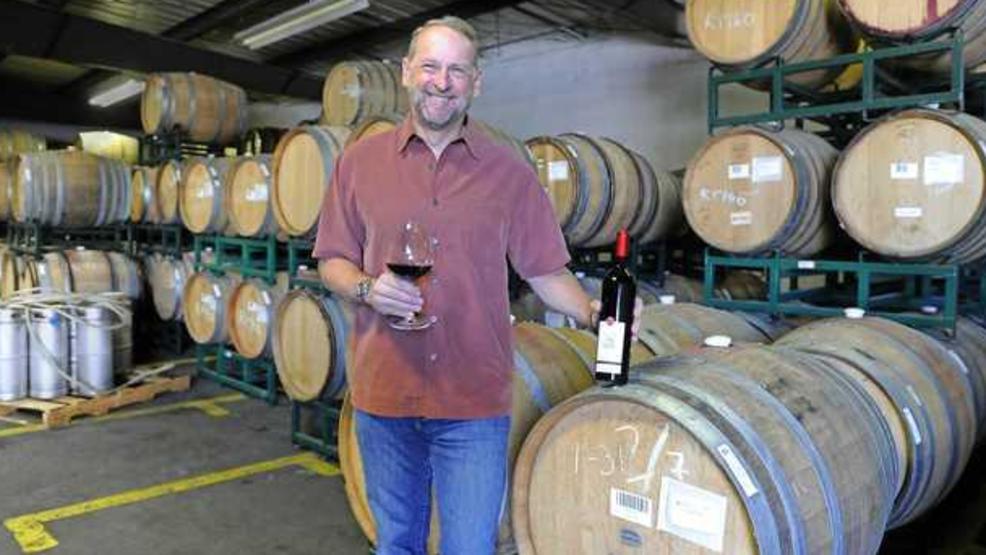 Several months ago, friends and fans of Trium wines in Talent were saddened by owner Laura Lotspeich’s announcement that this highly respected Rogue Valley label would be retired due to the passing of her husband, Kurt.

Lotspeich’s decision limits the family business to production of wine grapes from their Pheasant Hill Vineyard.

Trium has been a top-drawer brand ever since its inaugural vintage, the 2003 Growers’ Cuvee, won a platinum medal at the 2005 Greatest of the Grape competition. With its distinctive label, a reproduction of a 16th century etching depicting a vineyard worker, the brand has been a hallmark of the local wine industry, helping Southern Oregon grow and mature into the acclaimed region it is today.

Happily, Trium will continue under new ownership. Ashland native Anthony Corallo, a member of the Trium wine club and friend of the Lotspeichs for 10 years, has acquired the brand. An institutional money manager in the Bay Area for 27 years, Corallo describes himself as an oenophile who has always had a passion for wine.

“I’ve spent quite a lot of time in Napa. Over the last few years I’ve tried to think about how I’m going to parlay my retirement from my current job and move into a second career in the wine business. When Laura decided she wanted to exit the winemaking business while remaining in the grape-growing business with her son Dustin, the opportunity presented itself for me to purchase the brand, the website, and everything that went with Trium.”

Corallo acquired Trium inventory already in bottle, including 2012 Cabernet Sauvignon and 2012 Grower’s Cuvée. “That’s their right bank Bordeaux blend, which is predominantly merlot (63 percent) with 20 percent cabernet sauvignon and 17 percent cabernet Franc,” he explains. “There are library wines that came with that as well, fairly small quantities going back to 2004 — very special vintages.”

Smiling, he indicates that he may well keep the library wines for his private cellar. “They may not see the light of day, so to speak.”

New wines to bear the Trium label are also in production. At the time of our conversation, Corallo had just come from bottling the 2014 cabernet sauvignon, to be released in the fall, and the 2017 chardonnay, 2017 grenache rosé, and 2017 viognier, released this spring. Trium’s reds in production include a 2017 tempranillo and 2016 and 2017 cabernet sauvignon.

“The portfolio is now well on its way to being full. We’ll have eight varietals by the time we release the temp in 2021.”

Corallo’s wines are being produced by Chris Graves at Naumes Crush and Fermentation in Medford. “He’s a phenomenal winemaker; we see eye-to-eye on all the characteristics — we like the same things. So it’s made this process very enjoyable and very easy. We’re excited about the product.”

With a full slate of wines ready in the coming weeks, opening a Trium tasting room is a priority. The former tasting room, part of the Lotspeich home, is no longer in use, but Corallo has signed a lease for a new tasting room in Talent. It is expected to open at the end of August.

Where can you purchase Trium wines in the meantime? Check Shop’n Kart, Ashland Wine Cellar, and restaurants such as the Brickroom. Corallo estimates the brand will eventually be carried in 50 to 60 outlets throughout the Rogue Valley. For the news on the latest releases and details on the tasting room as they become available, see www.triumwines.com.

As a final note, Corallo adds, “The brand is going to stay very specialized, very high end. Super premium is what we’re going to continue doing.”